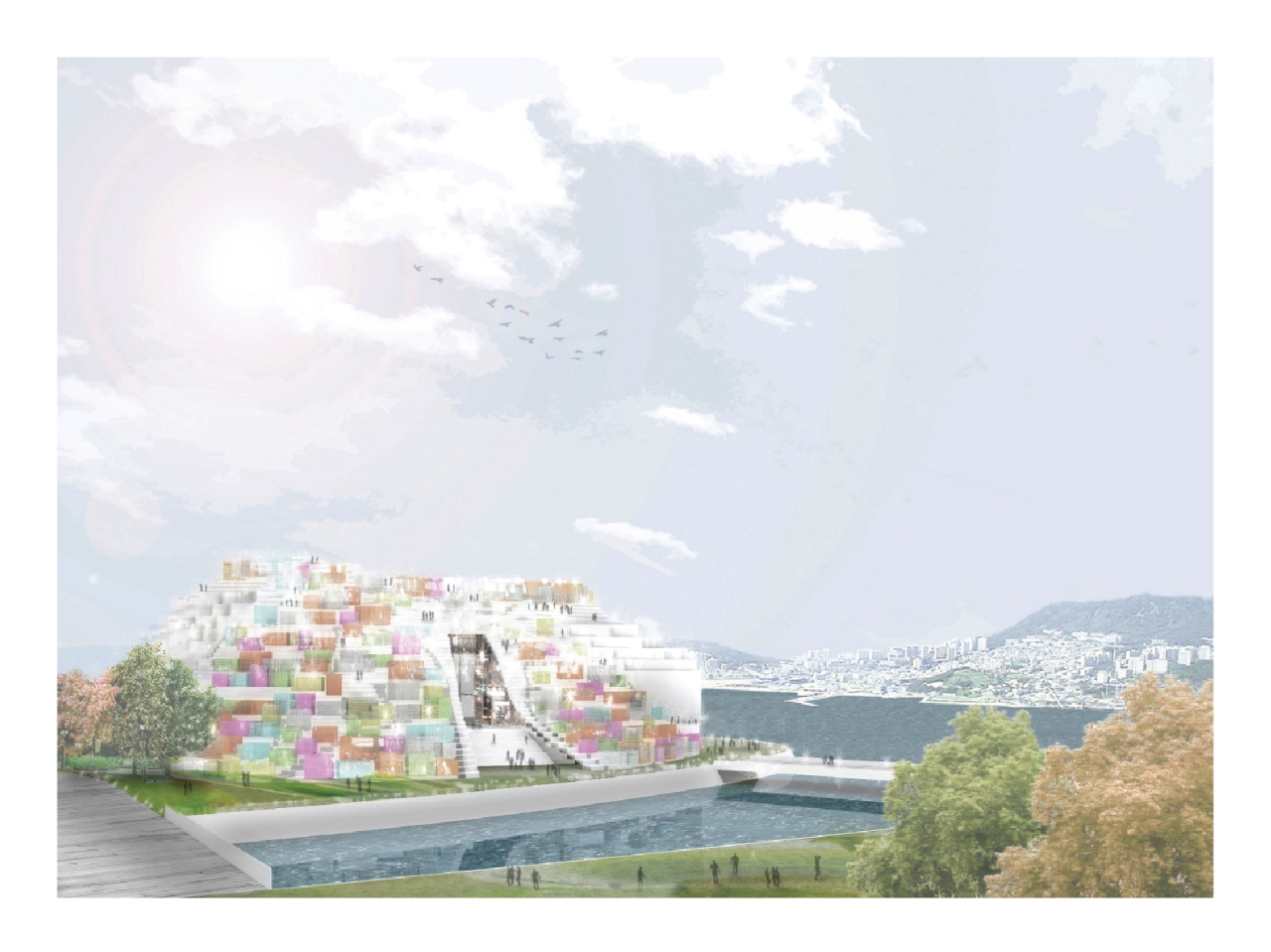 There are two issues we considered to design Busan Opera House. One is how to make continuation of Busan’s indigenous urban context to the site and so how to make an attractive urban architecture which reinterprets Bu-san’s identity. The other is how to make the hybrid architecture with other public programs in the way to make the site as a public open place in culture. Hillside living scape, Busan’s identity & continuous urban context Busan is filled with mountains and has limited flatland so that residential district has to have developed in the foot of mountains while downtowns and transportations have developed in the flatlands. Its population had been dramatically increased since modernization fuelled by geometrical benefits of Port of Busan, development of Nampo-dong as commercial district and industrialization in various fields. This leads to a result that houses have been built along to the foot of mountains sporadically and increasingly without urban planning. Although slum in the hillside village caused by excessive unplanned urban development and neglect of maintenance became as urban and social problems, several regeneration projects made some successful cases in changing those slums to places which has a unique value that other cities cannot provide. Busan’s hillside village developed spontaneously by geometrical and social characteristics has unique urban tissue which Busan’s history and life have been embedded in. Also it is great three-dimensional space which has different levels of each building providing residents with great city and sea views and promenades for pedestrian. With two reasons, our aim is to make continuation urban tissue and living scape of the hillside village to the opera house. Through the transferring process of residential buildings into public buildings in same structure, the new public village can provide continuous environment of daily life for local people with abundant public spaces. At the same time for visitors, it gives chances to indirect experience of Busan’s hillside village, unique residential urban fabric.  Opera house is being recognized as a luxurious culture which only few classes of people can approach because of expensive cost and low popularity etc. No matter it is located in the downtown or not, the existing opera houses have been recognized as just ‘Urban Island’. Our second aim is to reject Opera house as just a fancy symbol but to make reasons for people to use and access to the site. Opera house demands masses with huge scale and at the same time underground is not encouraged to be used because the site is on reclaimed land. Therefore, we propose a new hill on the site to be able to contain the huge masses for reduction of scale contrast. As mentioned above, it will reflect Busan’s hillside living scape and also it can provide spaces for opera house itself and also various programs for the public. The new island will become a vivid public island functioning as local community center for local people, abundant cultural programs for opera visitors and an artistic and cultural spot for the general public.